Discover how God moved in a mighty way to establish this church for His glory.

Keep up to date on our activities and special events by checking out the church calendar.

You may watch the weekly messages by clicking on the image above.

We accept the King James Version Bible as the innerrant, infallible Word of God. Is the final authority in faith, practice and life. 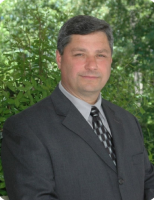 Bro. Albert Grey came to South Macon Baptist Church in October of 2008 by way of Mississippi. He loves to preach and teach expository messages from   the King James Word of God.

Albert is originally from Yazoo City, Mississippi. Upon graduation from high school in 1978, the Lord moved him to the greater Seattle area and called   him into the ministry. Albert immediately met his wife, Lori, and one year later they were married and headed to Wisconsin to attend New Tribes Bible Institute. While training for the ministry, Albert served as Associate Pastor and Minister of Youth at First Baptist Church in Pewaukee, Wisconsin.

Following his training, Albert and Lori returned to the Northwest where he served as the Minister of Youth at Trinity Baptist Church in Renton, Washington, for 9 years.

In 1993, the Lord directed Albert to return home to Mississippi and allowed them to spend some time with his parents before they both passed away. While in Mississippi, Albert served as the Pastor of Eden Baptist Church in Yazoo City for 12 years.

They enjoy hiking the beautiful trails of North Carolina as well as fellowshipping and serving alongside their church members. 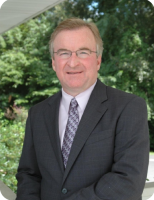 Dwight Vinson came to South Macon Baptist Church in November of 2000. He had served as a staff musician at another local church for 13 years prior to South Macon. He is best known as the Bass singer for Blue Ridge, a nationally known southern gospel quartet.

Dwight has lived in the Franklin area all of his life, as has his wife Martha and daughter Carmen, who is currently a student at Appalachian State University. He graduated from Franklin High School in 1980 and worked locally while singing until January 1982 at which time he began college at Appalachian  State University. After graduating in 1986, Dwight returned to Franklin where he began working for a local computer company and then at a local bank. He currently serves as a real estate appraiser.

Dwight believes that his ministry is evangelistic, and as a believer, must be first to those who do not know Christ as their Savior and then to those in the church who need uplifting. Dwight has played and sang for hundreds of thousands of people since he was 9 yeaars old and prays that the desire to spread the gospel message never grows dim.

In the book of Acts men of honest report, full of the Holy Spirit and wisdom were set aside to pull along side the disciples and be of service to others. At present we have four active deacons who currently serve to assist Bro. Albert in ministering to the needs of our fellow members.